Expeditions
EMG is putting together three expeditions for next spring/summer. Each will last approximately two weeks. If you are interested in joining one of these please let us know.

1. Operation Gunnerside expedition follows the route of the telemark SOE agents that sabotaged the heavy water production facility at Vemork. This expedition will require a week’s training in arctic survival and telemark skiing, followed by five days on the Hardanger Vidda glacier putting the training into practice.
Planned for April/May.

2. Traversing the Haute Route on foot with some training climbs on the way, followed by an ascent of the Matterhorn.
Planned for July.﻿

Listen as Flora Blathwayt, from Summit Radio, speaks to Phil Ashby and Will D'Arcy from Elite Mountain Guides in Chamonix.

Summit Radio for music with altitude and your international radio station at the heart of the Alps. 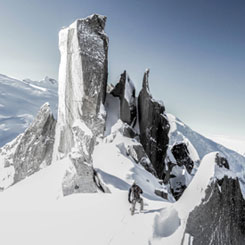 Following the winter around the World!
April 2014 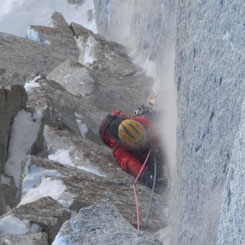 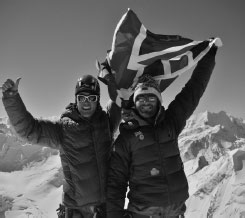